A Step In The Right Direction? 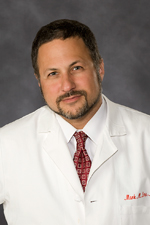 I am taking one more small step forward in trying to figure out why Ashley's right leg, ankle and foot are still swollen - still, as in since last October.

Remember a week or so ago, I told you that the hematologist/oncologist reviewed Ashley's cat scan and ultrasound results and said the problem was an abnormal external iliac vein.  She suggested we see a vascular surgeon.  And although we have seen many, many specialists over the years, a vascular surgeon is not one of them.

I asked the pediatric group that sees Ashley to recommend someone.  It took them a couple of weeks to come up with a name, but at least I have one now.  I did a little research on the person they suggested, and he at least as the credentials and experience I am looking for.  Later today, I will call for an appointment, and hope that it doesn't take forever to get one, like is sometimes the case with specialists.  Then we'll check out his bedside manner and find out if he has ever dealt with a person with significant special needs...

Keep your fingers crossed!  I'm really hoping we get some answers sooner rather than later.  And oh yea, her leg, ankle and foot are still very swollen.
Posted by Ashley's Mom at 5:00 AM