August Has Got To Be Better 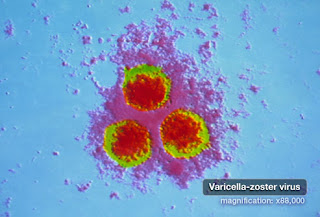 I'm glad that I had a wonderful week-long vacation at the end of June this summer because July was possbily my worst on record.

First, just as my vacation was ending, shingles was taking hold of my left side, from my spine and wrapping around my side to the front. First came the numbness, then pain, then blisters, then more incredible pain, and there was a little flu-like illness thrown in for good measure. My doctor prescribed an anti-viral medication that was supposed to make the symptoms not be quite as bad, and some prednisone for the pain. If what I got was not as bad, I would have hated to see what things would have been like without those two medications. It's now been a little over 5 weeks and the blisters are gone but the numbness remains and the pain rears it head just every so often. All in all, things with it are not too bad today. 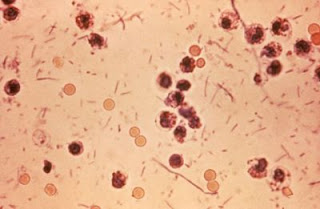 But, let's step back two weeks. So halfway through July, I eat some tainted food and end up with shigellosis. That's a disease that is food-borne and wreaks havoc on your digestive system. It's been two weeks now, and still in the morning I have to take an anti-nausea pill. I've lost 8 pounds, and I still have difficulty watching food commercials on TV. But....I think the shigellosis is also on its way out. I am at work today after 9 days out, the last 9 days of my sick leave for this year.

So, here's hoping August is better! I don't wish on my worst enemies either of the two illnesses I experienced.
Posted by Ashley's Mom at 4:00 AM

Oh, I'm so sorry to hear about Peyton's wrist! Having a cast anytime isn't fun, but during the hot summer months is even worse. Hope she is coping...