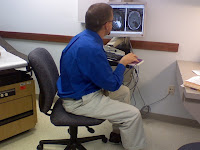 Today is Dr. McYummy day! Ashley and Ronnie will be visiting their neurosurgeon. I'm anxious to get the results of Ashley's MRI, and the handsome doctor will also be checking out Ronnie's shunt.

And Ronnie is worried also. The last thing he needs right now is problems with his shunt. He isn't exhibiting any symptoms that make me think there is something wrong. This appointment is just to establish a relationship with the doctor and Ronnie.

Hopefully tomorrow I will have good news to share with everyone. But until then, here's a little bit of good news. During a trip to the pharmacy this past weekend, I needed BandAids. Imagine my surprise when I found that the BandAid box had Braille on it!!! I'm very impressed.... 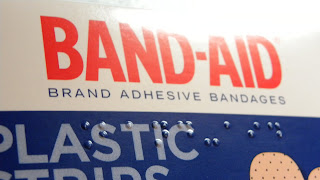