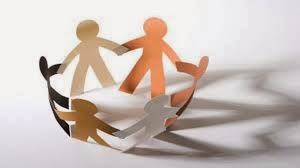 In 2009, my oldest daughter turned 18 and she and I needed to make some decisions regarding where the next phase of her life would lead. Jessica, who is significantly disabled, was living in a group home, still going to school, and still experiencing some issues related to her Reactive Attachment Disorder. Many of the support staff in her life were telling me that I needed to file for guardianship of Jessica so that I could continue to make decisions for her now that she was an adult. But that was very difficult for me.

Becoming Jessica's guardian meant I would have to stand up in court and say she was incompetent of making any decision. If the judge agreed that I should be her guardian, it would mean that Jessica would lose many important civil rights, rights that would be almost impossible to restore in the future.

I decided against guardianship, but again arrived at a similar decision point when both Ashley and Ronnie reached 18 years old. As in 2009, I renewed my research into guardianship and consulted with the attorney that had helped me previously. I have also decided not to seek guardianship for Ronnie and Ashley, but I feel like I should share my story of why I made that decision.

I hope any parent facing this issue now will find some value in this information. But as I said in one of my posts on this subject, if you are considering any legal action involving your adult child with a disability, I urge you to contact an attorney or you state's protection and advocacy organization.

Someone to Watch Over Me

Someone To Watch Over Me - Followup #1

Someone To Watch Over Me - Followup #2"

Guardianship - ARC of the United States

Disability Is No Excuse To Deprive One of Civil Liberties - ACLU
Posted by Ashley's Mom at 4:00 AM