Really? Is There Such a Connection? 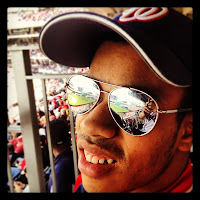 I subscribe to a Facebook group called United By Spina Bifida. Although most of the posts are from new parents or parents of young children with spina bifida, it is interesting to learn more. Since Ronnie was 15 years old when he joined my family, my exposure to spina bifida was very limited. I feel like I have learned a lot in the last three years, but I do like hearing the perspectives of other parents and other adults with spina bifida. But this past week, I read something that surprised me.

One of the adults in the group posted about adult men with spina bifida not having social skills, and specifically, entering into more intimate conversations very soon after meeting someone. Then many parents and adults with SB agreed with the statements. I had never known that having spina bifida might include a lack of social skills.

Ronnie's social skills are not the best, and they are particularly rough in the area of relationships with the opposite sex. He so desperately wants a girlfriend, and that means he will seek out young women and immediately move into intimate conversations with them. The 'love' word is tossed around after just knowing someone a week or so, and if the object of his attention doesn't reciprocate, he gets very frustrated. Since I monitor his Facebook postings, I can tell that the girls he pursues get very uncomfortable very quickly.

He has had appropriate male role models in his life, or at least the last 4 or so years of his life. And he has my 22 year old son around all the time modeling appropriate behavior. Chip and I have spoken to him about the issue many times also. And just this week, Ronnie's best friend tried explaining to him how he needed to just go a little slower and how he needed to seek out appropriate connections with women. All that did was make Ronnie angry.

So, this is an ongoing challenge and one I need to find ways to assist Ronnie in dealing with, but it never crossed my mind that his behavior could be a result of his spina bifida. And, I still don't really understand the connection, the features of spina bifida that could result in this. That's why I was suprised that so many people agreed with the originial Facebook poster.

Have any of you ever heard of or experienced something like this? Does the comment on Facebook make sense to you? Do you think there could be a connection between spina bifida and lack of social skills, and particularly those that involve interactions with the opposite sex?
Posted by Ashley's Mom at 4:00 AM

I went to a conference last weekend and listened to a speaker who worked primarily with children with spina bifida. One of the interesting things she brought up was the case of a little girl with SB who's mother was raising in her such a way that she was getting a ton of experiential learning in her home very similar to what young children without mobility issuse get. They are finding that this child is exceeding the cognitive, language and social skills of most of the other kids with SB they were encountering. The theory being that without the opportunity to get up and down and crawl around at the same chronological age as children without spina bifida, those children with spina bifida are showing developmental delays since so much learning is motoric in young children.
Lisa

As someone with Cerebral Palsy, I have known a lot of folks with Spina Bifida. Unfortunately, in my experience, what you say is true for many of the young men with SB and CP I know. I wonder, does it have something to do with the close and invasive nature of toileting issues and shunt monitoring often done by females (mothers, therapists, etc.) in the early years? This could create confusion about boundaries. I truly don't mean to offend, and am trying to give you an honest answer to your question.

I live in Newfoundland, Canada and at various times the children's hospital has had groups for teens with disabilities that have tried to deal with these issues. Is there anything in your area like this for Ronnie?

Could it be something to do with a nonverbal learning disability? I have NVLD (although not spina bifida) and I've heard it's more common in people with SB. It can effect social skills - it's somewhat related to autism spectrum disorders, actually.