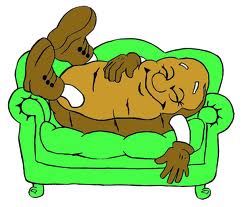 There have been a few bumps in the road for Ashley's transition back to school this year, but I don't think it is the fault of anything or anyone at the school.

Though Ashley was so excited the first morning of school, she came home that afternoon in a not-so-great mood. She seemed a little tired and was a bit cranky - not at all like her usual self. The second morning brought a little less excitement and falling asleep as she waited for the bus to arrive. And the second afternoon was worse than the first. She was very cranky - nothing seemed to make her happy - she dug in her heels when it came to her normal dinner, bathtime and bedtime routines - and I could tell she was so exhausted that she was slightly unsteady on her feet. Then this morning, the third day of school, all excitement had waned and all she wanted to do was sleep.

I believe the problem is that she was very lazy over the summer. Of the three aides that split the summer hours, only one ever took Ashley out of the house. The other two were more than happy to let her lounge around on the couch all day long. And one of the things Ashley is very, very good at is lounging on the couch.

I think she is exhausted and having a tough time at school because she is actually having to be active - changing classes five times a day, going to PE every day, walking around a campus with sloping sidewalks and stairways. She has also been very hungry, but I think the hunger is her body trying to compensate for being so tired and wanting more energy.

Ashley's teachers and I have come up with a plan to ease her back into the school routine. Things like a morning and afternoon snack and using her wheelchair sparingly during the day when she seems especially tired. But you can bet that next summer, we will have a new plan and it will not involve being a slug on the couch all day!
Posted by Ashley's Mom at 4:00 AM