Just when I was about to put my foot down and tell the kids that we did NOT need yet another video game system in our house, Microsoft comes out with a new Xbox console with special features for the Deaf. How can I refuse now?

Based on Kinect, Microsoft's movement tracking technology, games can be played on the console without holding any sort of controller. The player's body directs the game play. It is similar to the Wii, but the Wii does still require holding one or two controllers to direct a game. 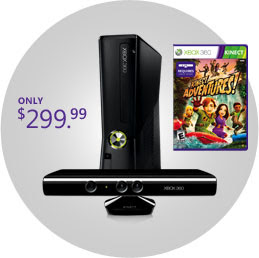 But one of the most substantial features is that, not only does the system recognize gameplay movement, it also detects American Sign Language. This will allow fluent users to input letters, words and even entire phrases to be interpreted as readable data.

At first I wasn't sure how this feature could be applied in a real life home situation. But this video, available on the Xbox website, makes it clear. Pay close attention at about the 45 second mark. You will see a boy come into the room and using his voice only, he will pause and start to play a movie. If that boy had been Deaf, he could have directed both the Pause and the Play in sign language.

I would love to see what other things could be done with sign language and this game console. It's not yet available, but I have read that it will be in stores for the 2010 holiday season. If anyone does get one, please let me know what you think.
Posted by Ashley's Mom at 6:00 AM